Know Your Meme is an online encyclopedia and knowledge community dedicated to researching, documenting and explaining the origins, history, and evolution of memes and internet culture at large.

Founded in December of 2008, Know Your Meme's research is handled by its independent professional editorial staff and community members. The site grew to reach more than 16 million people every month and is considered the most authoritative source on news, history, and origins of viral phenomena and internet memes.

Know Your Meme's research and reporting has appeared in major news publications and outlets, including the New York Times, The Verge, Vice, BBC, Hollywood Reporter and TIME among others. Know Your Meme has also earned several recognitions and awards for its research including TIME Magazine's 50 Best Websites of 2009, the 2010 Streamy Award for Best Guest Star in a Web Series and the 2012 Webby Award for Best Cultural Blog.

In 2014, Know Your Meme was inducted into the Web Archiving Program run by The American Folklife Center at the U.S. Library of Congress.

A huge accomplishment and a public service

The 'Encyclopedia Britannica' of the internet

How to Go Viral: The Art of the Meme with Richard Clay 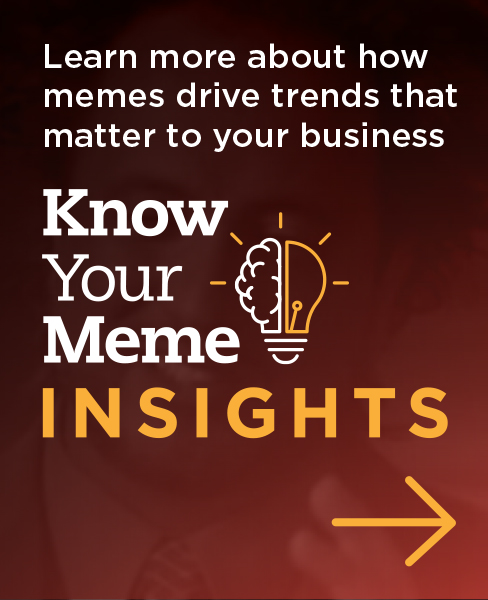